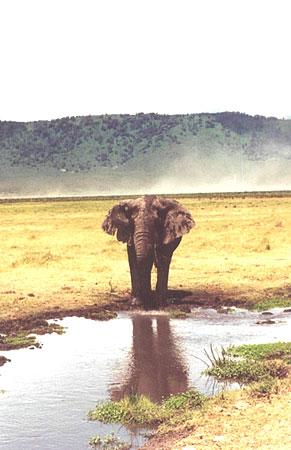 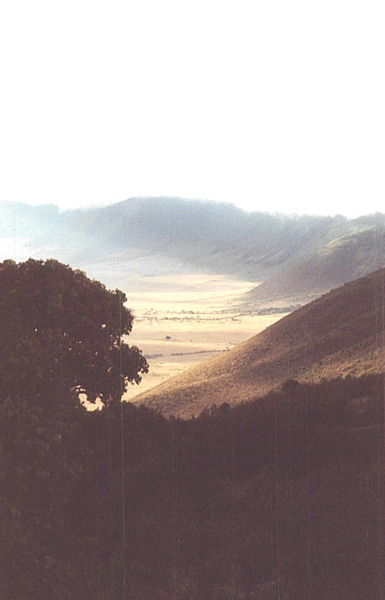 Aerial view of Ngorongoro Crater, taken near the Serena Lodge Hotel, one of the best I've ever stayed in. The hotel was located at an altitude of 2,300m. I spent the first night there just trying to catch my breath.

The floor of the crater, leaving Ngorongoro. Some details that don't reproduce brilliantly here are the rich red earth and the sunlight on the grasses of different colours. 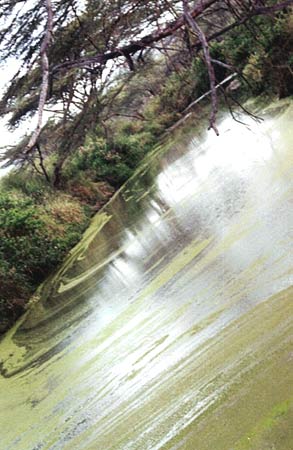 The River Seronera, which runs through the Serengeti. 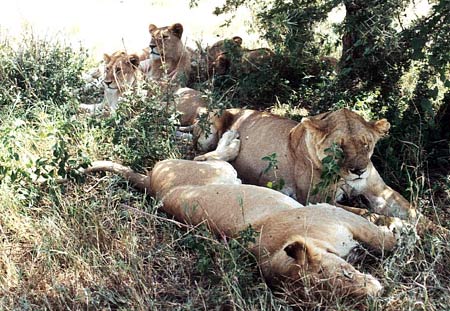 Lionesses from the Serengeti Lion Project. I was just a few feet away from them in the safari van when I took this, which is about as close as you can get. 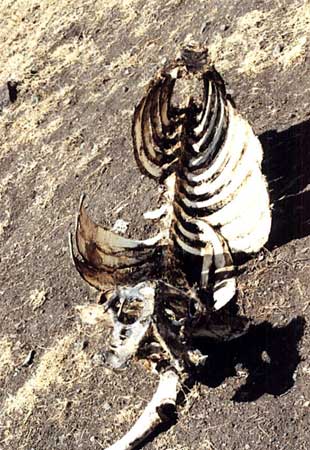 Ossifying remains, probably of a zebra, at the Ngorongoro Crater. The bones would be picked clean by black kites and vultures. 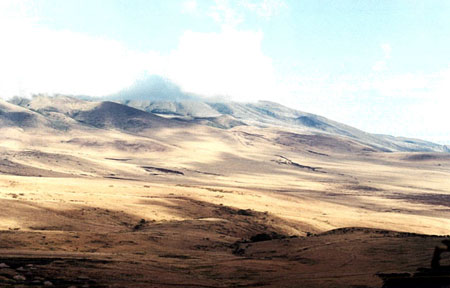 Leaving the Crater, descending onto the Ngorongoro conservation area, leading to Olduvai Gorge. The word "Olduvai" comes from oldupai, the Masai word for sisal. Archaeological finds in this area by Elizabeth Leakey and others reveal it to be the site of some of the most ancient communities in the world. 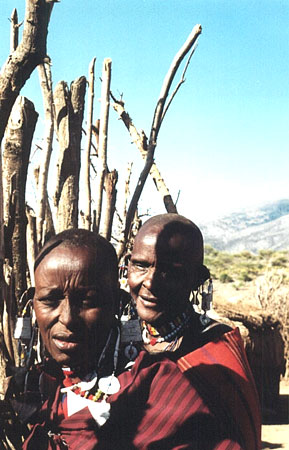 A husband and wife by the fence of a Masai village on the periphery of the Ngorongoro conservation area, which eventually becomes the Serengeti plains. The triangular jewellery is a typical dress feature. 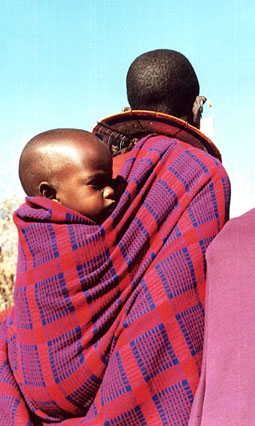 Mother and baby in the Masai village. The woman is wearing a beaded necklace and a large shawl or shuka. 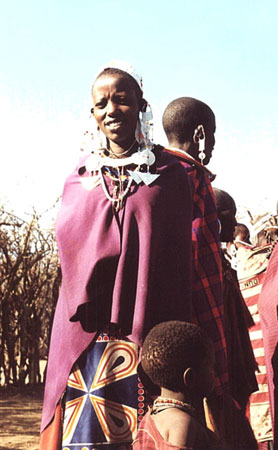 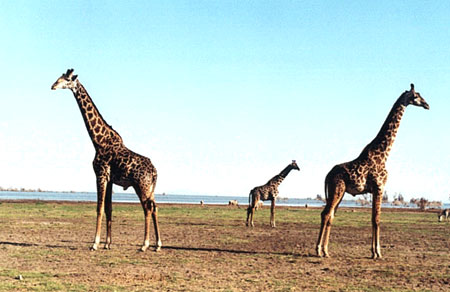 Giraffes at Lake Manyara, between Ngorongoro and Kenya, 1,240m above sea level. This area would have been covered with water but for the dramatic effects of El Nino. 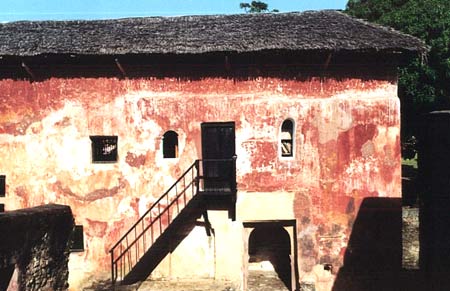 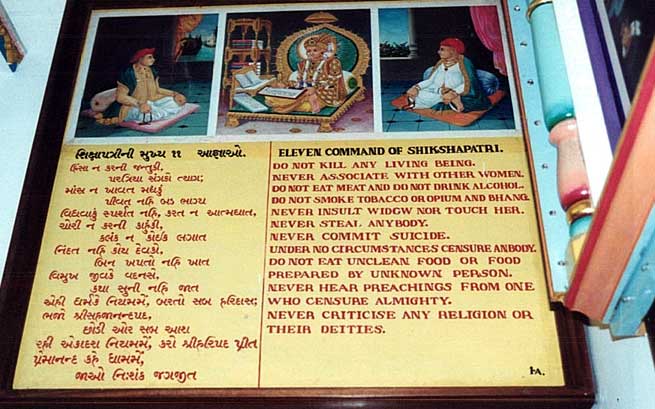 The Eleven Commandments of Shiksapatri inside a temple in Mombasa. 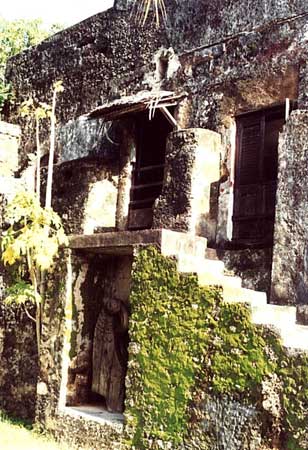 The original Portuguese captain's quarters at Fort Jesus, with the figurehead from the Europeans' ship just visible under the steps.

Peter Gibbons was born in London in 1957 and in 2003 completed a novel called Believing, which is set in Africa.