"Hello, it's me. I can't have a conversation because the battery's about to run out on my phone"

"You can't go in there, Louis" 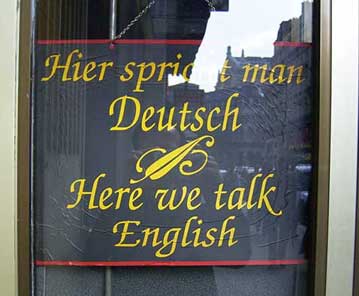 PISSED GIRL 2: “You are being quite loud, yeah, but it’s OK ’cos you’re quite amusing”

"My husband likes animals, but I’m not really an animal person"

"You see, there are friends I’d like to go on holiday with, but they’re married!"

(One middle-aged woman to another, Bankside)

"It looks like they’re shooting in Bulgaria from March – that’s not a catastrophe, is it?"

"I thought it was very bland, that lampshade"

(50-something husband on Waterloo escalator)

"Margot, the longer I live, the more I think that lifespan is a matter of luck"

(Suit on commuter train into mobile)

"I suspect that John probably can’t engage in anything until the eleventh hour... so how was Paris?"

"I haven’t got any plans at all"

(Woman on train into mobile)

"...so I stayed at home for three weeks"

Woman: "Is your knee support rolling down again?"

Woman: "I wonder if it’s because of the friction from those trousers, you know, because they’re nylon"

"To be honest, he’s ratified my involvement anyway, because he thinks it’s a good idea"

"We were all over-age"

(Bloke having his beard trimmed in Twickenham barbers)

Woman: "Do you want to cross this funny bridge?"

(Couple hovering between Tate Modern and the Millennium Bridge) 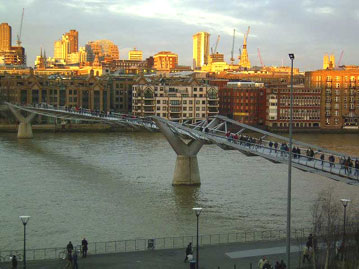 "Tell me when you want me to press the escalation button, as I understand that has an impact on your relationships"

(Suit on train into mobile)

"Press ‘OK’ and see where you go then… you see, if you press ‘loud’ you get a loud ring.  It’s not the ring I’m worried about, it’s whether I can hear the bloody thing"

"Victoria wants to be videoed..."

"...being a dickhead again"

"Sue Lawley is the disgrace of the BBC."

"I ditched Karen… yeah… told her to fuck off.  But we’re still friends"